This is another off-the-beaten-path problem, one that you won't find in textbooks. You can solve it using data science methods (my approach) but the mathematician with some spare time could find an elegant solution. Share it with your colleagues to see how math-savvy they are, or with your students. I was able to make substantial progress in 1-2 hours of work using Excel alone, thought I haven't found a final solution yet (maybe you will.) My Excel spreadsheet with all computations is accessible from this article. You don't need a deep statistical background to quickly discover some fun and interesting results playing with this stuff. Computer scientists, software engineers, quants, BI and analytic professionals from beginners to veterans, will also be able to enjoy it!
The problem
We are dealing with a stochastic process barely more complicated than a random walk. Random walks are also called drunken walks, as they represent the path of a drunken guy moving left and right seemingly randomly, and getting lost over time. Here the process is a self-correcting random walk, also called controlled random walk, in the sense that the walker, less drunk than in a random walk, is able to correct any departure from a straight path, more and more over time, by either slightly over- or under-correcting at each step. One of the model parameter (the positive parameter a) represents how drunk the walker is, with a = 0 being the worst. Unless a = 0, the amplitude of the corrections decreases over time to the point that eventually (after many steps) the walker walks almost straight and arrives at his destination. This model represents many physical processes, for instance the behavior of a stock market somewhat controlled by a government to avoid bubbles and implosions, and it is defined as follows:

where the V(k)'s are deviates from independent uniform variables on [0, 1], obtained for instance using the function RAND in Excel. So there are two positive parameters in this problem, a and b, and U(k) is always between 0 and 1. When b = 1, the U(k)'s are just standard uniform deviates, and if b = 0, then U(k) = 1. The case a = b = 0 is degenerate and should be ignored. The case a > 0 and b = 0 is of special interest, and it is a number theory problem in itself, related to this problem when a = 1. Also, just like in random walks or Markov chains, the X(k)'s are not independent; they are indeed highly auto-correlated. 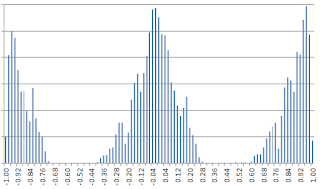 Figure 1: Mixture-like distribution of Z (estimated) when b = 0.01 and a = 0.8
Prove that if a  > 0, then  X(k) rapidly converges to 0 as k increases. Also prove that the limiting distribution Z
For instance, for b =1, even a = 0 yields the same triangular distribution for Z, as any a  > 0.
If a  > 0 and b = 0, (the non-stochastic case) prove that
And here is a more challenging question: In general, what is the limiting distribution of Z? Also, what happens if you replace the U(k)'s with (say) Gaussian deviates? Or with U(k) = | sin (k*k) | which has a somewhat random behavior?
Click here to read more, including partial solution.
at October 04, 2017