Many of the following statistical tests are rarely discussed in textbooks or in college classes, much less in data camps. Yet they help answer a lot of different and interesting questions. I used most of them without even computing the underlying distribution under the null hypothesis, but instead, using simulations to check whether my assumptions were plausible or not. In short, my approach to statistical testing is is model-free, data-driven. Some are easy to implement even in Excel. Some of them are illustrated here, with examples that do not require statistical knowledge for understanding or implementation.
This material should appeal to managers, executives, industrial engineers, software engineers, operations research professionals, economists, and to anyone dealing with data, such as biometricians, analytical chemists, astronomers, epidemiologists, journalists, or physicians. Statisticians with a different perspective are invited to discuss my methodology and the tests described here, in the comment section at the bottom of this article. In my case, I used these tests mostly in the context of experimental mathematics, which is a branch of data science that few people talk about. In that context, the theoretical answer to a statistical test is sometimes known, making it a great benchmarking tool to assess the power of these tests, and determine the minimum sample size to make them valid.
I provide here a general overview, as well as my simple approach to statistical testing, accessible to professionals with little or no formal statistical training. Detailed applications of these tests are found in my recent book and in this article. Precise references to these documents are provided as needed, in this article. 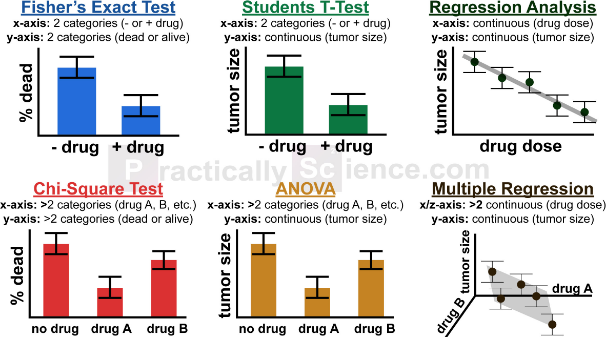 Examples of traditional tests
1. General Methodology
Despite my strong background in statistical science, over the years, I moved away from relying too much on traditional statistical tests and statistical inference. I am not the only one: these tests have been abused and misused, see for instance this article on p-hacking. Instead, I favored a methodology of my own, mostly empirical, based on simulations, data- rather than model-driven. It is essentially a non-parametric approach. It has the advantage of being far easier to use, implement, understand, and  interpret, especially to the non-initiated. It was initially designed to be integrated in black-box, automated decision systems. Here I share some of these tests, and many can be implemented easily in Excel.
Read the full article here.
at February 13, 2019