In this article, I proposes a simple metric to measure predictive power. It is used for combinatorial feature selection, where a large number of feature combinations need to be ranked automatically and very fast, for instance in the context of transaction scoring, in order to optimize predictive models. This is about rather big data, and we would like to see an Hadoop methodology for the technology proposed here. It can easily be implemented in a Map Reduce framework. It  was developed by the author in the context of credit card fraud detection, and click/keyword scoring. This material will be part of our data science apprenticeship, and included in our Wiley book. 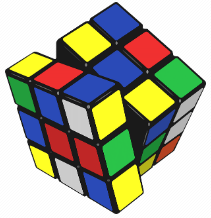 Feature selection is a methodology used to detect the best subset of features, out of dozens or hundreds of features (also called variables or rules). By “best”, we mean with highest predictive power, a concept defined in the following subsection. In short, we want to remove duplicate features, simplify a bit the correlation structure (among features) and remove features that bring no value, such as a features taking on random values, thus lacking predictive power, or features (rules) that are almost never triggered (except if they are perfect fraud indicators when triggered).

The problem is combinatorial in nature. You want a manageable, small set of features (say 20 features) selected from (say) a set of 500 features, to run our hidden decision trees (or some other classification / scoring technique) in a way that is statistically robust.  But there are 2.7 * 1035 combinations of 20 features out of 500, and you need to compute all of them to find the one with maximum predictive power. This problem is computationally intractable, and you need to find an alternate solution. The good thing is that you don’t need to find the absolute maximum; you just need to find a subset of 20 features that is good enough.

One way to proceed is to compute the predictive power of each feature. Then, add one feature at a time to the subset (starting with 0 feature) until you reach either

At each iteration, choose the feature to be added among the two remaining features with the highest predictive power: you will choose (among these two features) the one that increases the overall predictive power (of the subset under construction) most. Now you have reduced your computations from 2.7 * 1035 to 40 = 2 * 20.

Technical note: Additional step to boost predictive power. Remove one feature at a time from the subset, and replace it with a feature randomly selected from the remaining features (from outside the subset). If this new feature boosts overall predictive power of subset, keep it, and otherwise switch back to old subset. Repeat this step 10,000 times or until no more gain is achieved (whichever comes first).

Finally, you can add two or three features at a time, rather than one. Sometimes, combined features have far better predictive power than isolated features. For instance if feature A = country, with values in {USA, UK} and feature B = hour of the day, with values in {“day - Pacific Time”, “night - Pacific Time”}, both features separately have little if any predictive power. But when you combine both of them, you have a much more powerful feature: UK/night is good, USA/night is bad, UK/day is bad, and USA/day is good. Using this blended feature also reduces the risk of false positives / false negatives.

Predictive Power of a Feature, Cross-Validation

Here we illustrate the concept of predictive power on a subset of 2 features, to be a bit more general. Let’s say wie have two binary features A and B taking two possible values 0 or 1. Also, in the context of fraud detection, we assume that each observation in the training set is either Good (no fraud) or Bad (fraud). The fraud status (G or B) is called the response or dependent variable in statistics. The features A and B are also called rules or independent variables.

First, split your training set (the data where the response - B or G - is known) into two parts: control and test. Make sure that both parts are data-rich: if the test set is big (millions of observations) but contain only one or two clients (out of 200), it is data-poor and your statistical inference will be negatively impacted (low robustness) when dealing with data outside the training set.  It is a good idea to use two different time periods for control and test. You are going to compute the predictive power (including rule selection) on the control data. When you have decided on a final, optimum subset of features, you will then compute the predictive power on the test data. If the drop in predictive power is significant in the test data (compared with control), something is wrong with your analysis: detect the problem, fix it, start over again. You can use multiple control and test sets: this will give you an idea of how the predictive power varies from one control to another control set. Too much variance is an issue that should be addressed.

Using our above example with two binary features A, B taking on two values 0, 1, we can break the observations from the control data set into 8 categories

Let denote as n1, n2 … n8 the number of observations in each of these 8 categories, and let introduce the following quantities:

Note that the weights P00… P11 in H guarantee that bins with low frequency (that is, low triggering rate) have low impact on H. Indeed, I recommend setting W(r) to 0 for any bin that has less than 20 observations. For instance, the triggering rate for bin 00 is (n1 + n5) / (n1 + … + n8), observations count is n1 + n5, and r = P00 = n5 / (n1 + n5) for this bin. If n1 + n5 = 0, set P00 to 0 and W(P00) to 0. I actually recommend to do this not just if n1 + n5 = 0, but also whenever n1 + n5 < 20, especially if p is low (if p is very low, say p < 0.01, you need to over-sample bad transactions when building your training set, and weight the counts accordingly). Of course, the same rule applies to P01, P10, and P11. Note that you should avoid feature subsets that have a large proportion of observations spread across a large number of almost empty bins, as well as feature subsets that produce a large number of empty bins: observations outside the training set are likely to belong to an empty or almost empty bin, and it leads to high-variance predictions. To avoid this drawback, stick to binary features, select up to 20 features, and use our (hybrid) hidden decision tree methodology for scoring transactions. Finally, Pij is the naive estimator of the probability P(A=i, B=j) for i,j = 0,1.

You can pre-compute all the bin counts ni’s for the top 20 features (that is, features with highest predictive power) and store them in a small hash table with at most 2 * 220 entries (approx. 2 million; the factor two is because you need two measurements per bin: number of B’s, and number of G’s). An entry in this hash table would like

The hash table is produced by parsing your training set one time, sequentially: for each observation, compute the flag vector (which rules are triggered, that is the 01101001010110100100 vector in this example), check if it’s good or bad, and update (increase count by 1) the associated hash table entry accordingly, with the following instruction:

Then whenever you need to measure the predictive power of a subset of these 20 features, you don’t need to parse your big data set again (potentially billion of observations), but instead, just access this small hash table: this table contains all you need to build your flag vectors and compute scores, for any combination of features that is a subset of the top 20.

You can even do better than top 20, maybe top 30. While this would create a hash table with 2 billion entries, most of these entries would correspond to empty bins and thus would not be in the hash table. Your hash table might contain only 200,000,000 entries, maybe too big to fit in memory, and requiring a Map Reduce / Hadoop implementation.